Alcohol Stings: Are they doing any good?
Posted by: THFBeer_nate on July 27th, 2010 with 12 Comments 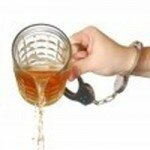 As I glanced through my Google News Feed this morning, I came across this article reporting on a series of stings in Memphis, Tennessee in which various beer purveyors were set up in a sting by police, and cited for various infractions, namely selling beer without asking for ID.  In all, such stings as this has yielded 73 arrests in 2010 for the county of Shelby from these “raids.”

Reading the article made my blood boil a bit.  Why?

I too, was set up by Christian County, MO police in a similar raid some years ago.  First allow me to tell  my story, and then set up the illogical nature of these raids.

I was working as bar tender at a Ruby Tuesday on a VERY busy night.  I had no time to converse with my customers and was slinging drinks at a furious pace.  This is great for the patrons…in a rush I tend to over-pour.  In walked a young, attractive girl who orders something retarded like a Midouri Sour.  She ordered the drink in a flirtatious manner.  Even though I’m busy, I say, “No problem…let me see your ID.” She rummages through her purse and then states, “I must have left it at home.” I reply, “Sorry, I cant serve you ten.” She says, “Pleaaaase!”  “Sorry, I can’t,” I reply.

After she leaves a dude with a mustache comes up to the bar and asks for my manager.  I run and grab my manager.  They talk in a corner, and then holler for me to come over.  The with the mustache explains that He was an undercover cop and had just set me up.  He said, “Congratulations, you passed the test.  Had you not, you’d be in cuffs right now.”

Even though I “Passed the test” I wasn’t happy.  Here I am a college student, father of two, slinging drinks to provide for my family, and this guy set me up with the intent that if I failed I go to jail?  What if I’d failed?  Even though I’m a law abiding citizen, it would be EASY to forget to ask for an ID form someone that looked of age when your getting slammed on a Saturday night.  The more I thought about it, the more I got wrong.  Here’s why.

The whole scenario of a “set up” seems to fit into the logical fallacy of Tu Quoque: Two Wrongs Make a Right.  The problem is that the law officials are CREATING a crime to be solved.  In my five years of bar-tending, that was the ONLY time that I ever had to decline a drink for lack of authentic age identification.  The problem did not exist until an underage girl (isn’t a crime on the behalf of the the underage purchaser as well?) was sent in by cop–whose job it is to stop crime–to create a crime in a place where there was no history of delinquency in the area of serving in minors, in order to hopefully arrest me, the innocent bartender.

Two wrongs make a right fallacy (or even the ends justify the means):  1) Serving an Alcohol to a minor is WRONG.  2) The crime DID NOT exist until created by the police.  They created evil to fill a non existent void.  WRONG  3) Intended result?  Get a POTENTIAL lawbreaker off the streets before he messes up for real.  Do the ends justify the means?  Do two wrongs make a right?  Regardless of whether the logic stands, the ethical nature of the sting is questionable.

Shoot, with that logic we should just exterminate our race since we as humans all have a potential for evil.

For the record, a few months after my incident, a bartender in training who was getting his rear handed to him on an extremely busy night served beer to a minor who was a part of a sting, even after we (I) passed the first test.  I personally knew the guy.  He was prude.  He just was so busy he lost his head and barely made eye contact with the pawn asking for the beer.  He got fired that night, went to jail ,had to pay lawyers and fines, and ended up having to drop out of college.

Does it make sense to create a crime in order to solve it?

What are your thoughts on the subject?