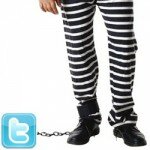 Preface to this brief Op-Ed series:

I have, and will continue to be critical of internet based technology, particularly social networking sites, which for practical purposes will include “blogs” alongside sites such as Facebook, Twitter, and/or Beer Advocate.  Why?  A reference to this article is as far as I’m will go in explanation at this point. Please keep in my that my irritation with such applications does not mean I render them useless or evil.  Obviously I maintain a blog, am active on Twitter, and enjoy the perks of FaceBook; though I have to take a break from time to time, and I place a higher priority on Social Networking scenarios that are not web based…such as having a beer and a cigar with a few buddies in my backyard.

That being said, I want to explore how social networking is utilized/impacts the craft world.

Stating the obvious, Social Networking growth has been and continues to be exponential. I remembering hopping on a desktop back in 1993, logging on to a buddies AOL account, and attempting to chat (having donned a disguise as a 22 year old) with ladies.  Oh how our giggling anticipation mounted as we waited two minutes for the screen to load.  We did this once a month or so…remember, back in those days internet was like a cell phone plan…once your minutes were up you had to face an irritated father.

Now, 11% of all time spent online is spent on social networking sites.  Time spent on FaceBook increased 700% in 2009 with an ever widening social array making up the consumer.  My old professors now in their 70′s are looking me up.  How many Grandparents do you remember being friends with on Xanga?  Things are changing.

Blogging has reached is zenith. If you are reading this site, odds are you follow a few other “beer blogs.”   Surely you’ve noticed an influx in the past year.  We have.  I can hardly keep up with all the blogs popping out of the woodwork on a daily basis.  In the Spring of 2006 Technorati was tracking 35 million blogs.  In 2007 72 million were being tracked, doubling (nearly) again to 133 million blogs in 2008.

In general 2009 saw an 82% increase in time spent online on social networking sites.  Twitter is boasting over 50 million “tweets” per day.  Did you know that only China and India have populations greater than Facebook?  For more stats, visit this well sourced article.

We are so dependent upon these sites, we have to have them everywhere we go.  Mobile social networking is experiencing a huge upswing.  Facebook mobile saw 112% growth in 2009, and Twitter grew on mobile devices by 337%.  In fact, this humble site is engineered to work with mobile devices.

The numbers do not lie.  Our world has changed drastically in the past ten years.  These as our social constructs change, so does industry.  Companies and marketing firms note where the trends go and they follow.  In upcoming posts, I hope to explore what impact this is having on the beer industry (note I left out the “craft” qualifier.  The macros will fit in the discussion) and offer my two cents.  But before I publish  these future articles, take some time for introspection, as it will help your reading of these soon to come posts.   How has social networking impacted your life?  What is your opinion of these forms of community?  Is your life better as a result?  Worse?

By the way, portions of this blog article were written using my Motorola Droid.  I’m a willing victim too.