What’s The Oldest Beer In your Collection?
Posted by: THFBeer_nate on February 23rd, 2011 with 15 Comments

I really want to know.  Lay the facts on me as to why this is the oldest beer in your collection.

Below is a picture of the oldest beer in my beer cellar.  I actually picked it up at a antique mall in Toledo, Ohio for just a few dollars.  The beer was brewed by the no-longer-in-operation  Great Lakes Brewing Company, out of Fort Wayne, IN–not to be confused with the exceptional Great Lakes Brewing currently located in Cleveland, OH.  The beer was brewed in 1982 for the World’s Fair when I was just a spritely 2 years old. 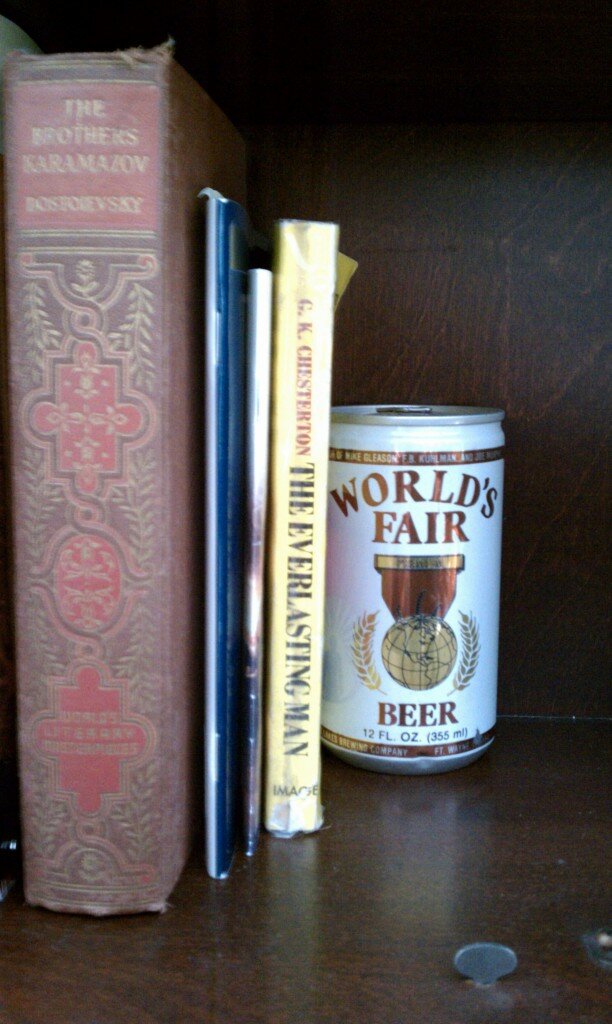 Yes, it’s “crap” beer.  No, it’s not worth much of anything.  Sure, it’s a pale American Lager. But when I saw it I just had to buy it, not just for its antiquity, but because it instantly reminded me of a great short story that got my wheels turning when I was a teenager.  The story–written by Vincent Bené–is By the Waters of Babylon. The story depicts a young man’s journey in a post Apocalyptic world in which he encounters relics of  his ancestors/gods.  One such relic is, from the story:

There was drink, too, in bottles of glass—the drink of the gods was strong and made my head swim. After I had eaten and drunk, I slept on the top of a stone, my bow at my side.

When I saw that beer on the antique shelf, even though it was in a can on not glass, it just reminded me of the beer that John–from By the Waters of Babylon– may have encountered.  Sure, it would have been cooler to find a 28 year old bottle of Thomas Hardy’s Ale, but Thomas Hardy’s was not on the shelf, and besides…I am strangely curious to see what morbidly expired cheap American lager–the most liked beer that would be discovered should an apocalypse hit the US today–tastes like.

I imagine when I get around to drinking it, I’ll bust out By the Waters of Babylon too.  After all, beer and reading go hand in hand.

Click here to cancel reply.
« Beer and Christianity…At It Again
Barrels of Fun »