Beer Mail: Adventures in Korea
Posted by: THFBeer_nate on July 13th, 2010 with 4 Comments 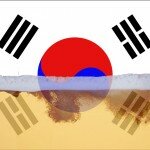 I love beer, but I hate SPAM email, even beer SPAM email. But this email from my buddy and brother-in-law, Paul, who lives in a craft beer desert–South Korea–is radical. (No, I won’t say “EPIC”…it’s “RADICAL” for me until the day I die).

Anyhow, enjoy this story of international intrigue and craft beer cock-eyed optimism that hails from the land that blesses the U.S. with awesome KIA vehicles.

I had an adventure yesterday that I think you’d of gotten a kick out of.

Seems we’ve talked about how rotten the beer in Korea is. Nasty stuff. The ‘hamburgers” you can find out here (if you can find them at all) aren’t much better. Which is fine. I wouldn’t expect decent Korean food in KC, and it would be unreasonable to expect Korea to be teeming with tasty burgers and brews.

Still, as a good ole, corn-fed American boy I often hanker for American food – and none more-so than a hot, juicy burger and an ice cold beer.

So I did some research and dug up some info on a pub that specializes in burgers. This pub was located a good ways off the beaten path in one of the shadier neighborhoods in Seoul, and it took a lot of trial and error to finally track it down, but track it down we finally did.

When Jinah and I entered there was a single customer inside: a burly-looking U.S. serviceman. As soon as we walked in he looked up from his paper and asked “Hey, are you all here for the beer judging contest?” We werent, but as luck would have it, this guy (Bill was his name) was short a judge and asked if I’d like to participate.

Well, I just about couldn’t get “absolutely” out quick enough.

As we were waiting for the other judges to arrive, Bill told us a little about himself. Served a tour in Korea back 25 years ago, traveled all over after that both with the military and as a civilian, and then returned to Korea 4 years ago to settle down. His wife is also military. She was back in the states on leave and decided to surprise Bill with a shipment over 100 different bottles of craft beers.

So Bill reckoned he’d share some of this bounty by way of a beer tasting contest. Very cool guy. A beer conisseur but not a snob about it. Just passionate about beer history, culture and the drinking experience.

Some of the beers I tried yesterday were:

Bill also brews his own and I tried a Belgian style IPA – tasty stuff.

The whole experience was more than a little surreal. I mean, how often do you walk into a beer judging contest? Let alone one in South Korea? But, I’ll tell ya, that’s the kind of surreality I could handle on a regular basis.

Click here to cancel reply.
« The Mystery Begins: A New Brewer is Born
Drink this, not that? »